Have you ever wondered what the prequel to “Willy Wonka and the Chocolate Factory” would look like? It may resemble the career trajectory of Alina Morse — the 12-year-old founder/inventor of Zollipops (aka the “clean teeth lollipops”).

Zollipops are natural lollipops that contain erythritol, xylitol and stevia (sugar alternatives), which neutralize acid in the mouth and reduce the risk of tooth decay and cavities.

The sixth-grader had the idea for healthier suckers when she was still in the single digits, according to her father and manager Tom Morse. A simple visit to the bank and a teller offering her a lollipop with sugar led her to ask her father: “Why can’t we have candy that’s good for you?”

“She kept asking,” he said. “After she asked about 100 times, I told her to do some research.”

And research she did. A younger Alina questioned her dentist and dental hygienist about natural teeth-cleaning ingredients. She went to YouTube to find out how to make candy. She tried her hand at making lollipops at home, but her father, a business consultant, suggested using a nearby candy manufacturer. Alina’s friends helped with the sampling and testing of the pops.

“The requirements she came up with for the product came from her and her friends. She had a friend who was allergic to peanuts and one who was allergic to gluten, so she basically said, ‘Dad, it has to be this way because I want my friends to have it,’ so it came out of a real need.” 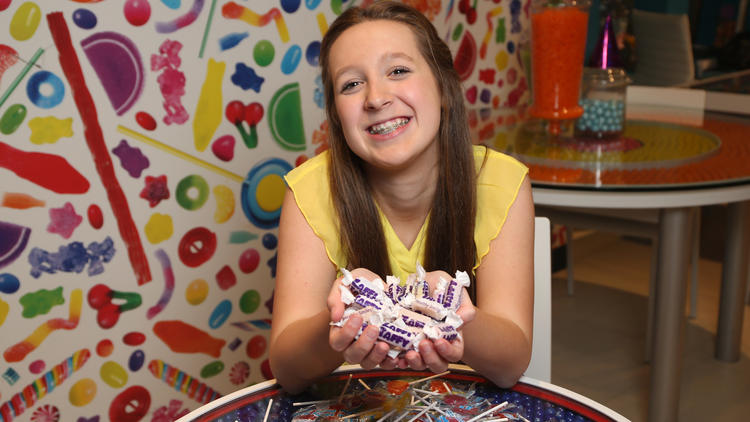