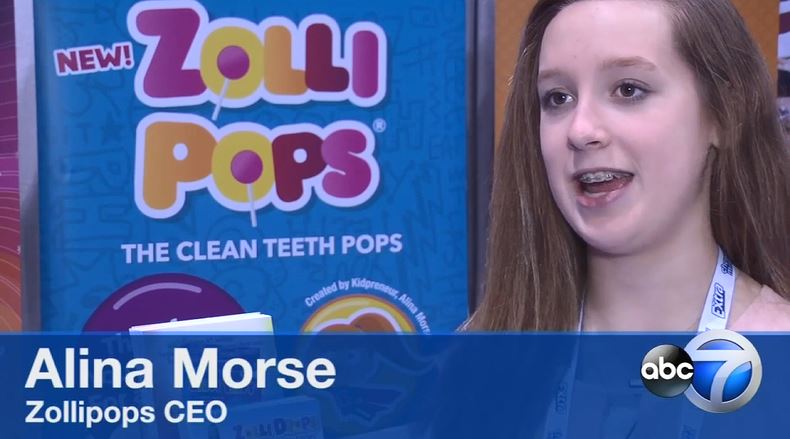 CHICAGO, Ill. (WLS) — If you live for sweet, if you crave savory, or if you’re looking for an exotic new snack the Sweets and Snacks Expo is for you!

Over 800 vendors from 90 countries bring an array of color to McCormick place this week, during the National Confectioners Association’s annual three-day event.

The brands we all grow up with put out a big spread-mixing classic candies with new treats.

“It’s a tough industry to break into right now. We really try to specialize in very unique flavors and that’s the way that we differentiate ourselves,” says Jordan Phillips of Vivra Chocolate, whose booth resides on “Innovation Avenue.”

The expo gives young companies like 18-month-old Vivra a chance to shine with so many buyers in one place.

Some vendors have been around longer, but aren’t exactly “old” pros.

Alina Morse, CEO of Zollipops is stocking stores with her third product, Zaffy Taffy, and she hasn’t even finished 6th grade!

“One of our missions is to get rid of tooth decay in kids and adults,” she says.

Morse came up with the idea at the age of seven — as only a kid could— when her dad said a lollipop from the bank teller wouldn’t do her teeth any favors.

“She said, ‘dad, why can’t we make a lollipop that’s good for you?'” Tom Morse recalls.

With dad’s advice, Morse talked with her dentist, did some research, and in 2014 debuted the Zollipop– which she says protects tooth enamel after eating.

Now, the car ride to middle school serves as a board room meeting– there’s a lot to discuss.

“For the first quarter of 2017, we’ve already done more sales than all of 2016 and we’re now in Kroger stores, we’re in Toys ‘R’ Us stores, we’re on Amazon,” says Tom Morse, who manages the company while Alina’s in school.

Candy giants are also focusing on their customers’ health.

Mars Chocolate North America, Nestle, Wrigley and others have pledged lighter portions by 2022. The group of industry leaders promises that half their products will be in packs containing 200 calories or fewer by then.

Mars Chocolate North America President Tracey Massey wants to change the perception of her products, like M&Ms and Snickers, so consumers can manage their habits.

“We’re not a snack, we’re not an everyday meal replacement. We’re a treat,” she emphasized.

That awareness campaign isn’t just about lowering the calorie count, because some classics will never change.

“We’re leaving those as they are. We don’t touch things that work,” she says with a smile.

Today, everyone was a kid in a candy shop. And when the newest delights hit store shelves, you can treat yourself to something new, or your favorite treat, or like I did today: have both!