Skip to content
WTHR Indy: Candy that is good for you 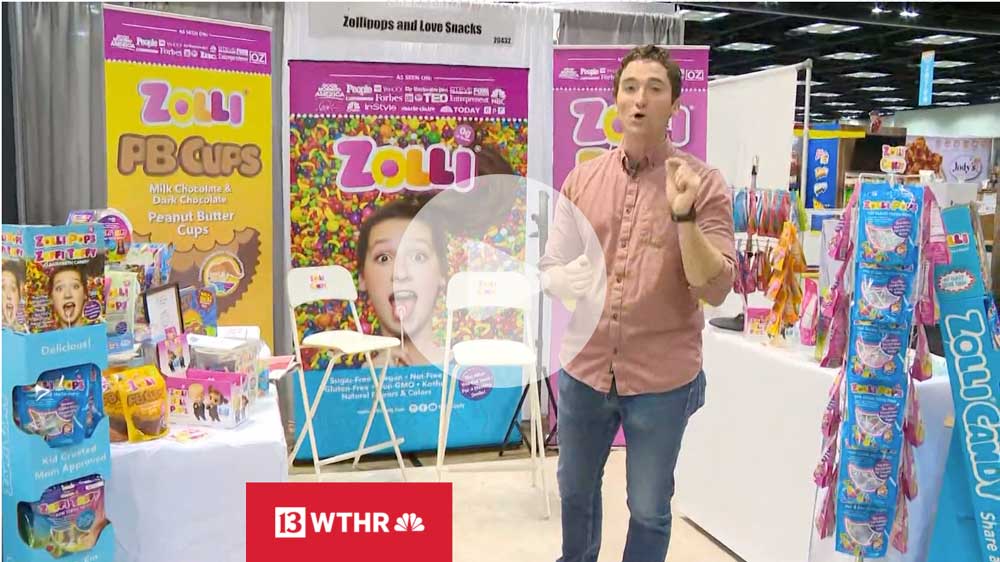 You can find Zollipops and other Zolli Candy products locally at CVS, Walmart, Whole Foods and Kroger.

INDIANAPOLIS — It’s a concept so far out there, you might not believe it: Candy that’s not only not bad for you, but actually good for you.

“When I was young, I’ve always had kind of what I would call, an entrepreneur mindset,” said Zolli Candy CEO Alina Morse. “I’ve always been coming up with ideas for crazy inventions.”

The face and brain behind the healthy candy is the 16-year-old Morse.

“I work in the adult world, and I work in the kid world,” she said. “I like to say I’m kind of like Hannah Montana, I lead a double life. Having that balance between adults and kids is so important to me.”

The idea came to her when she was 7 years old on a trip to the bank. After her dad’s transaction with the teller, Morse was offered a lollipop but was told by her dad that candy was terrible for her teeth.

“When I did the research and found out not only that there was nothing like this candy on the market, I also found out tooth decay is the single-greatest epidemic facing kids in America today,” Morse said. “When I found that out, it was different than my other ideas. It was more meaningful, and there was a way to really help people.”

Two years later, she developed Zollipops, a candy that tastes good and helps clean your teeth. After that, the spotlight soon followed as she found herself on major national television programs.

“It was pretty surprising because I’m just a kid from Michigan who had an idea and decided to run with it,” said Morse, who is still just a high schooler.

“I like to compare my business to an extracurricular activity. You spend time on it, you work hard and you get something out of it,” she said. “Whether it’s a sport, whether you’re training for the Olympics or you’re running a company, it’s all about the balance.”

But even at her young age, Morse knows she’s looked up to.

“If I saw somebody when I was 7 years old and I saw a 15-year-old or 16-year-old or 18-year-old creating their own company and disrupting not only the norms of men in business or adults in business, but also disrupting the candy category, I would be super inspired,” she said. “That’s another part of the mission, inspiring kids, inspiring girls specifically.”

You can find Zollipops and other Zolli Candy products locally at CVS, Walmart, Whole Foods and Kroger.