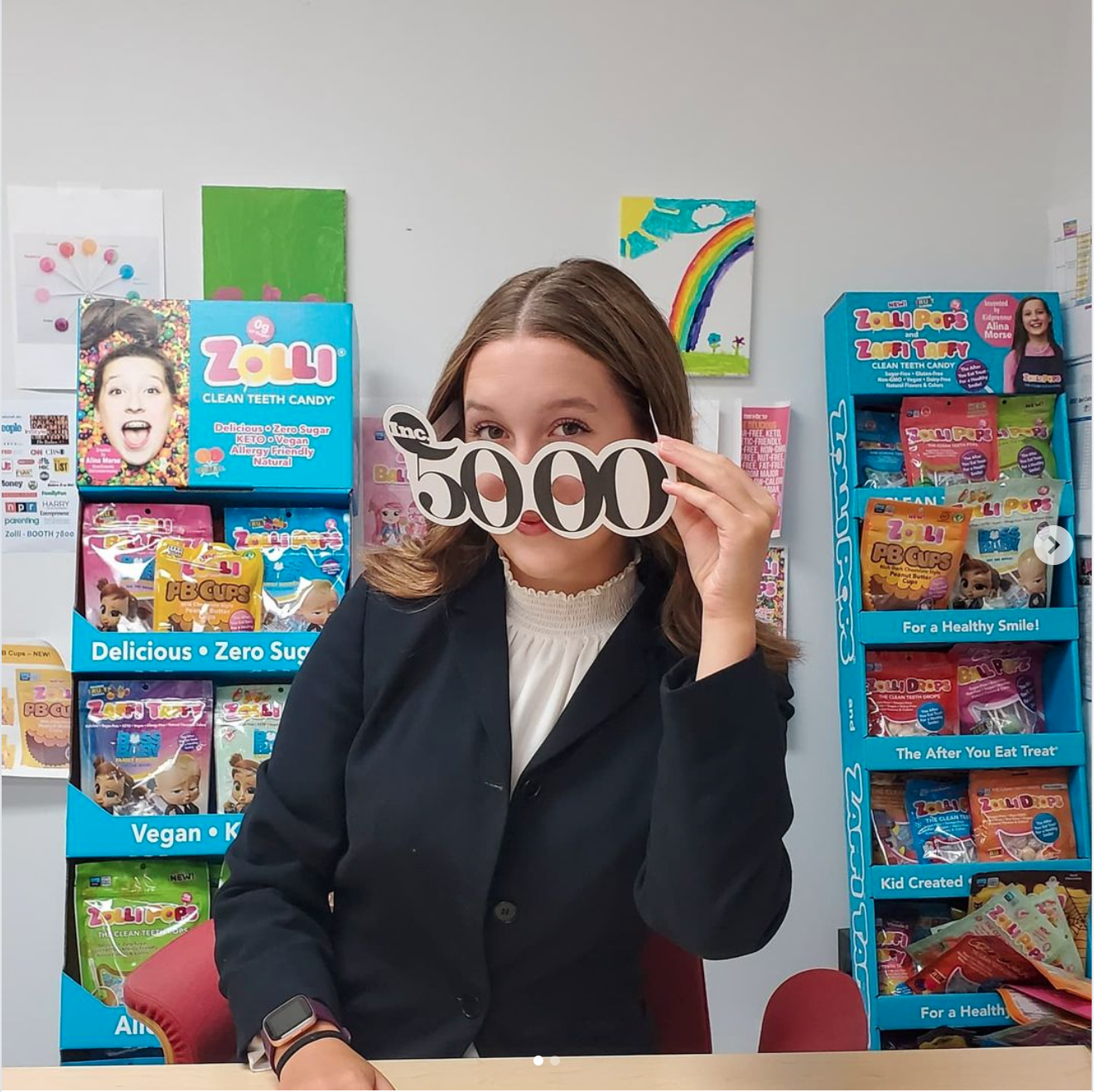 How to Help Your Kid Launch Their Own Small Business

When most of us think about kids starting their own business, it’s likely we’re envisioning a quaint lemonade stand, perhaps a bake sale or two, or maybe mowing lawns for neighbors to help earn some spare cash.

Sixteen-year-old Alina Morse had her sights set much higher. At age 9, she began what has now become America’s fastest-growing candy company—Zolli Candy. Her bio since venturing into the candy-making business is enough to make most adults, and perhaps even Bill Gates, feel like underachievers.

Here’s a brief snapshot of some of the most notable highlights: Morse is the youngest person ever to appear on the cover of Entrepreneur Magazine. Not to be outdone, Inc. Magazine named her company the Fastest Growing Candy Company in America in 2020, after the candy maker had reported a staggering growth rate of 865 percent. For Easter 2021 alone, sales were up more than 200 percent.

Morse recently partnered with NBC Universal’s Dreamworks’ on the film Boss Baby: Family Business. She’s delivered a TED Talk, was the youngest ever keynote speaker at Advertising Week, and InStyle Magazine named her one of 50 Badass Women Changing the World—alongside the legendary First Lady Michelle Obama (who by the way, invited Morse to the White House twice for the annual Easter egg roll).

Now a high school sophomore, Morse considers her business merely an after-school activity. But in Morse’s case, that little extracurricular has made her one of the 10 richest teenagers in the world. Her company recorded $6 million in retail sales in 2018, $10 million in 2019, and $12 million in 2020.

Ok, feel free to take a breather after all of that. It’s a lot.

Not all children have Morse’s drive and determination, of course. But should you want to help your child start a business of their very own, we’ve rounded up a few tips from those who have been there and done that—including Morse herself.

Have your children write down their goals.

Doing so is key to finding success in any industry, but especially for aspiring entrepreneurs, Morse tells Parents.

“When you put pen to paper and write down your goals, you are way more likely to self-motivate and achieve your dreams,” says Morse. “This also gives you a sort of road map to know where you’re headed.”

The business should be based on your child’s interest.

Your child will need to be passionate about their business to ensure that they will enjoy the experience and not feel like it’s work. To help ensure this is the case, consider beginning your efforts by having them make a list of their favorite things to do, says Atlanta, Georgia mom T. Renee’ Smith, author of The CEO Life, and president of iSuccess Consulting, whose own son Anthony created an online t-shirt business at 13.